ENG ITA
SEARCH
Pregnancy is the condition of women in the period that goes from the moment of conception to the birth of a child. It usually occurs in the uterus, except in case of ectopic pregnancy, a rare and serious condition in which the fetus develops in the fallopian tube, ovary or within the abdomen. A pregnancy is called "simple" when it involves a single fetus, or “multiple", when it gives birth to two or more fetuses. A pregnant woman has symptoms such as the loss of menstruation, nausea, vomiting, changes in taste, breast swelling, increase in the volume of the abdomen. A certain pregnancy diagnosis is obtained through tests that measure the presence of human chorionic gonadotropin (HCG) in urine or blood. Pregnancy lasts on average 280 days, calculated from the first day of the last menstrual period. Immediately after fertilization the egg starts a rapid cell multiplication before embedding itself into the uterine wall around the 6th day. In the first 10 weeks the sex of the embryo is determined and eyes, mouth, ears, hands, feet, heart, brain, lungs, kidneys, liver and intestines are formed.

From the 10th week, the umbilical cord is fully formed and the embryo becomes known as a fetus. A mother starts feeling the first movements around the 15th week, when the risk of miscarriage starts decreasing. The fetus has now fingers, nails, eyelashes and eyebrows. Around the 20th week the child starts responding to tactile and sound stimuli. Between the 20th and the 30th week, the fetus grows from 20 to 40cm and the mother may start feeling slight preparatory contractions. Around the 32nd week the child weights about 2kg and starts moving in the right position for birth (head down). When this doesn’t happen we talk about breech birth. At 37 weeks the baby's lungs are almost mature. We talk about "pre-term birth" when it occurs before the 37th week, "full-term birth" between the 37th week and the end of the 41st week, and "post-term birth” after this date. Becoming a mother is an event that marks the life of a woman not only from a physical point of view but also from a psychological, occupational and social one. The way a pregnant woman is perceived is influenced by the system of values, morality and religion of the single human societies.
RELATED 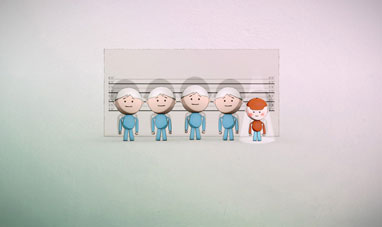 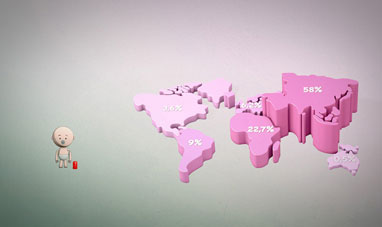 HOW LONG DO WE LIVE?